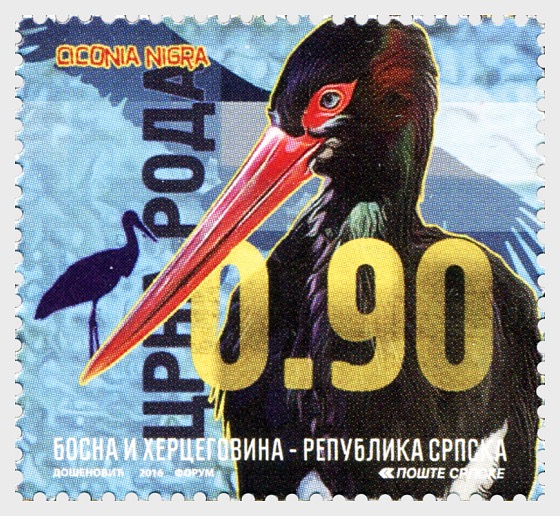 Black Stork is high about one meter and has a wingspan of up to 2 meters. Feathering is black with purple, green and copper hues, while the chest, abdomen and lower part of the wing and tail are completely white. Unlike the white stork, black stork is avoiding human settlements. It inhabits old, flooded forests, mainly oak, near swamps and ponds. They feed on small fish, insects, snails, and often small mammals and reptiles. Once paired, male and the female may remain paired for life. In April or May, deep in the forest, high in a tree, build a nest of twigs. Black Storks are migratory and wintering in Central Africa. A large number of young storks remain in Africa during his first year, but a large number of elderly individuals every year back to Europe to breed.
The main reasons that threaten this species is degradation and fragmentation of forests, changing the water regime of forests and draining marshes and ponds, the construction of hydropower facilities on small streams, ponds carp degradation, poaching and disturbance. Also, a serious problem for this species is the use of pesticides and expansion of farmland at the expense of forests and wetlands, and birds often die in collision with wind turbines and power lines. Black Stork is internationally protected by Bonn and the Berne Convention and the EU Birds Directive.