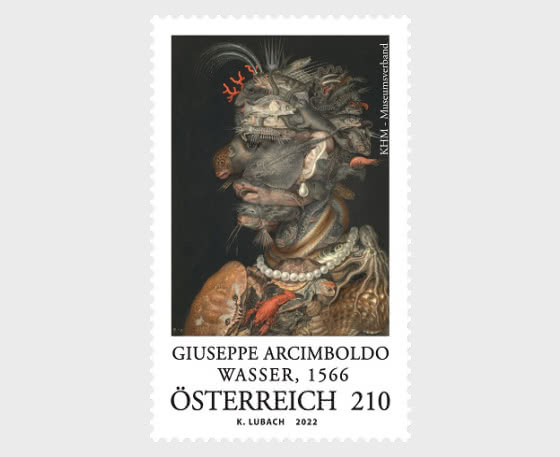 Arcimboldo is known for his unusual portraits consisting of objects that matched the subject matter. The painting “Water“ is on display at Kunsthistorisches Museum in Vienna.

With his imaginative so-called composite heads, Giuseppe Arcimboldo (approximately 1526 to 1593), a Milanese late Renaissance painter, counts among the representatives of Mannerism. Depending on the subject, he painted flowers, fruit, animals, and books to create portraits of, among others, a librarian or the cycle of four seasons and the corresponding “Four elements” series.

One of these paintings is “Water” from 1566. Arcimboldo created a portrait by painting several animals that live in water, including fish, a frog, a seal, and many others. A small crown on top of the head is a reference to the Emperor as the commissioner of this work of art. Arcimboldo was a long-time court painter for the Habsburg dynasty in Vienna and Prague.