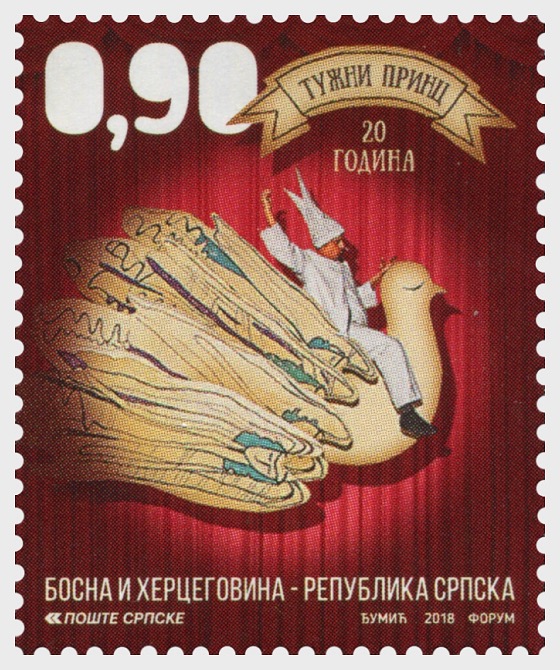 About 20 Years of Performance ''Sad Prince''

The show “Sad Prince” written by Predrag Bjelosevic and directed by Biserka Kolevska (Sofia) was first premiered in Children’s Theatre of Republic of Srpska on the 30thof April 1998 and it celebrates its twentieth birthday this year. The show opened the door for the Children’s Theatre of Republic of Srpska as well as for the culture of Republic of Srpska to perform in the most famous theatres in England, Russian Federation, Italy, Bulgaria, Greece, Hungary, Poland, Turkey, Serbia, Montenegro and BIH. A contemporary shadow theatre show, “Sad Prince” won numerous awards, medals and special acknowledgments at the most prestigious international festivals for children and adults. Some of them are Grand Prix at The Festival of Yugoslav Theatres for Children in Kotor, 1998; Participation in the 32nd BITEF, The Selection of Top Ten European Shows for Adults, Belgrade, 1998; Award for the best performance at The International Puppet Festival in Perugia, Italy, 2001; and Medal of the city of Colmurano, Italy, 2002. It also received a great number of special awards at international festivals in Bielsko-Biala (Poland), Varna (Bulgaria), Subotica (Serbia), Omsk (Russia), as well as many other awards and recognitions for direction, scenography, and acting.